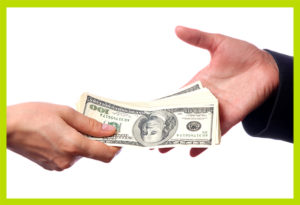 Although a number of studies have focused on the effect of income on happiness, Elizabeth Dunn, a socialpsychologist at the University of British Columbia, also wanted to understand the effect of spending choices on happiness.

For example, previous research clearly demonstrated that income has a predictably positive effect on level of happiness, but these levels remain flat over time even as income increased. This finding puzzled Dunn and she wanted to find out why happiness did not increase along with income.

Could the reason be, Dunn wondered, that people poured their increasing wealth into purchasing consumer goods that did not provide lasting happiness?  As an alternative, could spending money on other people have a more positive impact on well-being than spending money on oneself?

As an initial test of the relationship between spending choices and happiness, Dunn worked with a graduate student and an assistant professor at Harvard Business School to survey a nationally representative sample of Americans. The study participants were first asked to rate their happiness and to report their annual income. Next, they were asked to estimate 1) how much they spent on themselves (i.e., bills, expenses, and gifts for themselves) and 2) how much they spent on others (i.e., gifts for others and donations to charities).  Analysis of the data revealed that personal spending was not related to happiness, but higher levels of giving was significantly related to higher levels of happiness.

Next, Dunn and her research team studied a group of employees before and after receiving profit sharing bonuses. The goal was learn if choices regarding how an economic windfall was spent would also affect happiness. One month before receiving their bonuses, the employees were asked to report annual income and general happiness. Then approximately 6-8 weeks after receiving their bonuses, the participants were asked to report their level of happiness again and how they spent their bonuses:

Analyses of the data demonstrated once more that there was no relationship between personal spending and happiness, but spending on others was shown to be a significant predictor of happiness.

Therefore, with such a positive influence on emotional well-being, why aren’t more people giving or giving more?  Dunn believes the reason is that most people don’t know about the connection between giving and happiness.

...with such a positive influence on emotional well-being, why aren’t more people giving or giving more? Click To Tweet

For example, participants in another study were asked to choose a scenario they thought would make them the happiest.  Surprisingly, a significant majority replied that personal spending would make them happier than spending on others.  Therefore, for most individuals, increased awareness will be necessary in order to understand and to benefit from the connection between giving and higher levels of happiness.  And, as in all of life’s most important lessons, experience is the best teacher.